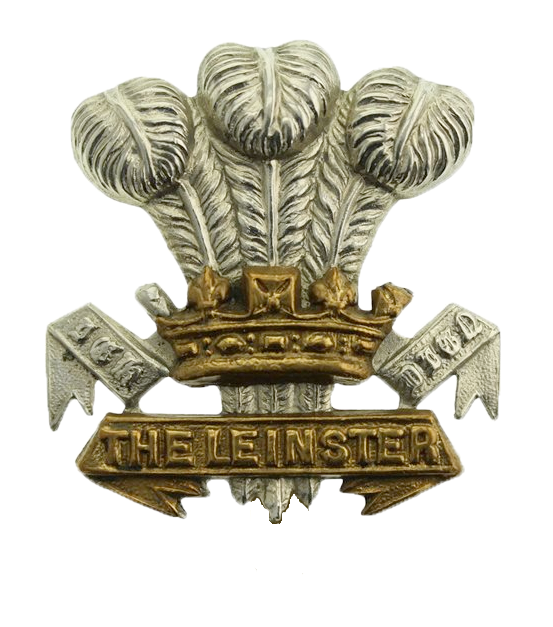 Bimetal cap badge used from 1881 to 1922. The Prince of Wales coronet and feathers above the motto. Below is the regiment’s abbreviated title The Leinster. In this version the motto scroll has dropped edges, that differ with other regiments incorporating the POW feathers. During WW1 a version with a rolled edge motto scroll was issued. 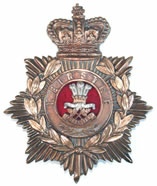 The helmet plate incorporates an eight pointed gilt star surmounted by a crown. Superimposed on the star is a laurel wreath and within this the regimental badge and motto. Prior to 1902 the crown was that of Queen Victoria. In 1902 the Victorian crown was replaced by the Imperial crown with its down-swept arms.