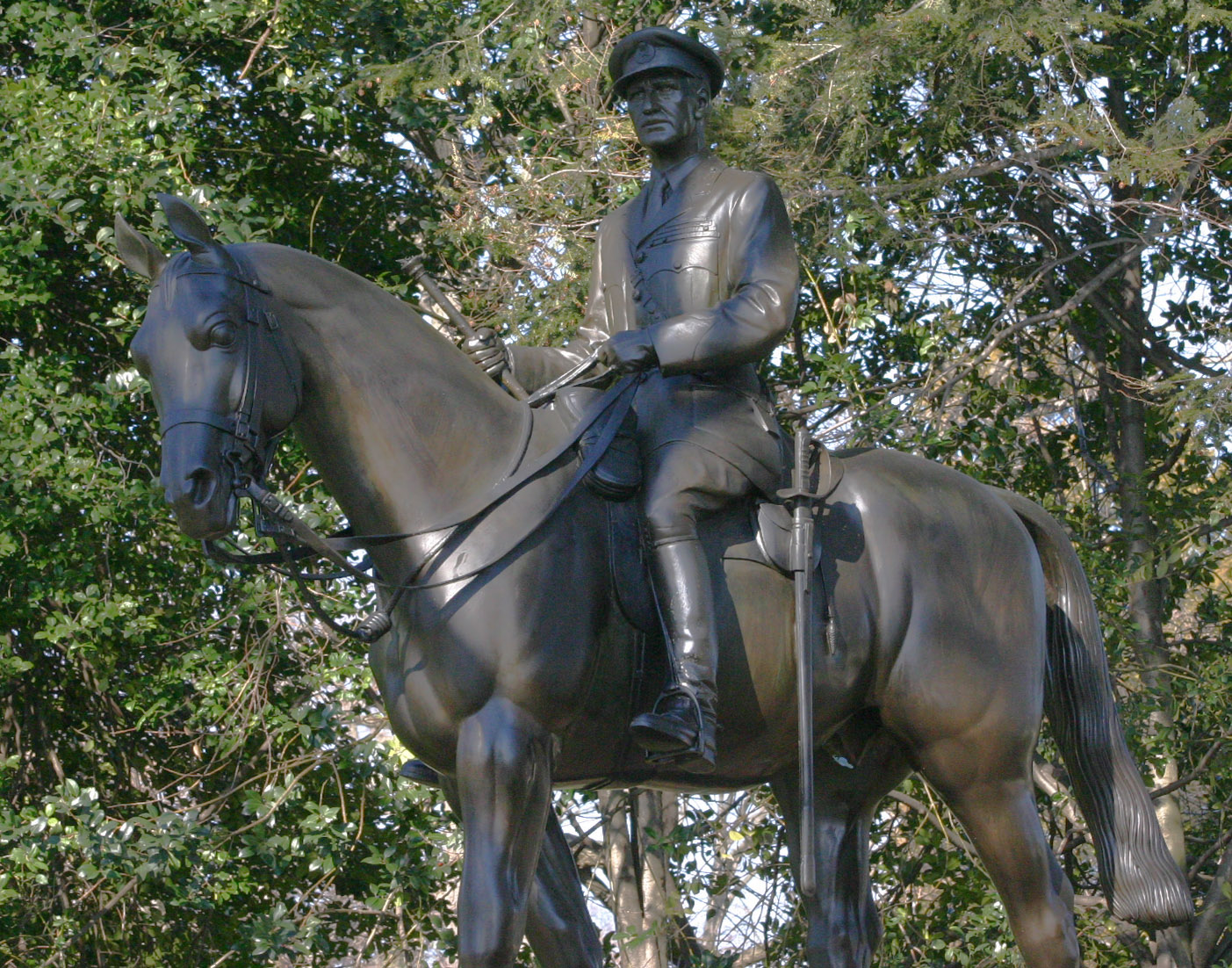 John Dill was born in Lurgan, Co. Armagh, and educated at the Methodist College, Belfast, and Cheltenham College. He was always destined for the services and was commissioned into the 1st Battalion of The Leinster Regiment on 8th May 1901. He served with the regiment in the Second Boer War and returned to the UK with them when they were posted to Fermoy. Regimental appointments included assistant-adjutant and adjutant.

On the outbreak of WW1, he was at the Staff College, Camberley and consequently held various staff appointments. While brigade major of 25th Brigade, he was awarded a DSO at the battle of Neuve Chappelle in 1915. He had further promotions and by the end of the war he was Head of Operations at GHQ, a Brigadier-General and had been Mentioned in Dispatches eight times.

Between WW1 and WW2, Dill continued to hold increasingly senior appointments including as a major general in India. He had been appointed Companion of the Order of the Bath (CB) and gained a reputation as a gifted army instructor – especially at the Staff College, Camberley, where he was Commandant in 1930. Other appointments included Director of Military Operations at the War Office and GOC British forces in Palestine in 1937. In the same year, he had been knighted by being raised to the rank of Knight Commander of the Order of the Bath (KCB).

By the time Sir John Dill was GOC Aldershot Command, he was also a likely candidate for the post of Chief of the Imperial General Staff (CIGS) but lost out to the younger Lord Gort (who had been awarded the VC in 1918).

At the outbreak of WW2, he had hoped to be given command the British Expeditionary Force only to lose out again to Lord Gort. However, he did command 1st Corps in France in 1939.

When Churchill succeeded Chamberlain as Prime Minster, Sir John Dill was appointed to be CIGS in May 1940. However, the working relationship between Dill and Churchill was not good so the Prime Minister arranged for him to be promoted to Field Marshal, advanced to Knight Grand Cross of the Order of the Bath (GCB) and, most significantly, sent to Washington as his personal representative as Chief of the British Joint Staff Mission.

This was a key position and one at which Sir John Dill excelled. His diplomatic flair meant he exercised great influence in ensuring unity of action between the two allies and was a popular and respected figure in Washington. He attended all the key conferences between the Allied leaders and was a pivotal member of Chiefs of Staff Committee.

Sadly, Sir John Dill died in post of aplastic anaemia in November 1944. The extent of his funeral and memorial service was a measure of the considerable respect in which he was held in America.

The Joint Chiefs of Staff stated “… we have looked to him with complete confidence as a leader in our combined deliberations. He has been a personal friend of all of us … We mourn with you the passing of a great and wise soldier, and a great gentleman. His task in this war has been well done.”

This former Leinster Regiment officer was laid to rest in Arlington National Cemetery and the equestrian statue above his grave has the honour of being one of only two in the cemetery.